“A PPE-covered worker sent me to a series of stations. First, I pulled my mask down for a nurse to swab my nose and throat for a PCR test. Then I presented my documents — preflight negative COVID-19 test, proof of hotel booking, Hong Kong resident ID and vaccination card — to an officer who scrutinized them before declaring me up to par. The worker at the next station checked for a functioning phone, test-dialing my U.S. number. Then I was presented with a sandwich and water bottle and directed to a waiting area with chairs and desks placed in a grid as though ready for an exam. I checked my lanyard to find my seat: G205.”

Welcome to Hong Kong, Covid time. It gets better. Wait till you get to the 21 day quarantine part. Read all about it right here. 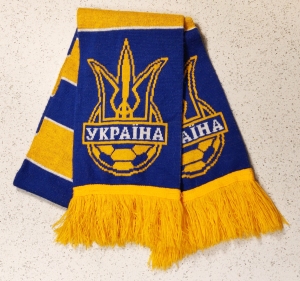 Monday, 17 January, 2022: Vladimir Putin’s sustained and aggressive muscle flexing forces attention to the real possibility of a coming war in Europe. Not to amplify the beating of Russian war drums, but it is important to be awake to what’s before our eyes, as real events are coming fast and furious. There is plenty out there to see.

The newest of news is today’s arrival in Belarus of Russian military vehicles on railcars owned by the Russian state railway, accompanying Alyaksandr Lukashenka’s announcement that “joint military maneuvers will be held with Russia in February close to the borders with Ukraine as well as eastern NATO member states,” as RFE/RL has it.

Add this to the 100,000-plus Russian troops, tanks, drones and artillery that everybody knows are camped on Ukraine’s eastern border. Then there are Moscow’s demands for NATO’s unilateral disarmament and retreat. And there is a whole body of open source video showing substantial military hardware moving west from as far away as Khabarovsk (opposite China on the Amur River) and Primorski Krai (where Vladivostok is, in Russia’s far east). It’s hard to imagine moving war materiel like tanks and rocket launchers across the entire Asian landmass is intended as nothing more than a bargaining tool.

As all this plays out we’ll have time to talk at length about what it means for Ukraine, but today let’s look at a few recent events in northeastern Europe that are not specifically between Russia’s Putin and Ukraine’s Zelenskyy. Developments all around the Baltic Sea are adding to the general tension.

Last week we saw the jarring images of Swedish tanks rolling through the streets of Visby on the Swedish island of Gotland, which Sweden had left unmilitarized from 2004 until as recently as 2017. Since then the pace of events has only quickened.

– Last Friday, January 14th, the AP reported that “Sweden, which is not part of NATO, has among other things noticed a number of landing craft from Russia’s northern navy which have been entering the Baltic Sea.” The next day all three Russian Baltic Fleet Ropucha-class heavy landing ships departed Baltiysk (a port in the Russian exclave of Kaliningrad, on the other side of the sea between Lithuania and Poland). These landing ships can each land 25 armored personnel carriers.

– Over the weekend “Police in Sweden deployed patrols and helicopters to the Forsmark nuclear plant to hunt for a large drone seen flying over the site late on Friday,” and SAPO, Sweden’s spy agency, said today it has taken over the investigation, now into drone incidents at three nuclear plants,  Forsmark, north of Stockholm, Oskarshamn, and “Ringhals, which is the largest of them and sits on the country’s western coast,” Euronews reports.

– On Saturday, “the police became aware that a drone had also flown over central Stockholm.” Dagens Nyheter quoted the police’s spokesperson as saying “Since there are protected objects in central Stockholm, we have initiated a preliminary investigation into violations of the Aviation Act and violations of the Protection Act,” while declining to connect the incident to the drones over nuclear plants, or to name a suspect. 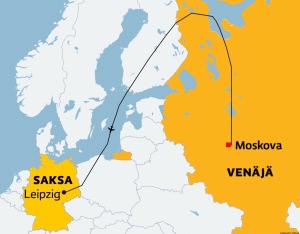 – Also on Saturday, a Russian cargo aircraft flew a curious route from Moscow to Leipzig. Helsingin Sanomat, the country’s main newspaper says that after flying straight north toward Murmansk, the flight turned and flew from Oulu, Finland across the country “to Turku on the Finnish side.”

I’m using Google translate for all the following quotes: “Normally, flights from Moscow to Leipzig run south of the Baltics…. The Boeing 747-8HVF, which flew from Russia to Germany, is owned by AirBridgeCargo, whose route network … center is Moscow. The company says it is the largest air cargo company in Russia…. Finland is not currently part of the company’s route network…. According to a security expert, exceptional flights are normally identified and photographed by a (Finnish) Hornet fighter jet…. The Air Force has not said whether the fighter went to identify this aircraft…. The Air Force doesn’t want to comment on the flight….”

Finnish military types are playing this down, even though the flight crossed the entire southern half of Finland, even though (Google translate again) “The Jyväskylä garrison in Tikkakoski, where the Air Force headquarters and part of the Finnish Defense Forces’ intelligence department are located, was close to its route. Along the route was also Hall’s military airport in Jämsä.”

It’s also notable that the flight had a bird’s eye view of the entire length of Gotland.

UPDATE: The Finnish state broadcaster YLE has an English article dated January 18th that’s a little clearer than Google Translate. Quoting the article: “The cargo plane took off from Moscow at about 7.26pm Finnish time on Saturday evening and flew towards the city of Murmansk in northwestern Russia. However, the flight turned over the White Sea, a southern inlet of the Barents Sea, at roughly the latitude of the city of Oulu and instead flew to the German city of Leipzig.

The plane’s route therefore took it over Finland from Suomussalmi in the east to Turku in the southwest, passing Tikkakoski near the city of Jyväskylä, where the Finnish Air Force headquarters and part of the Finnish Defense Forces’ intelligence department are located. The cargo plane also passed close to the Halli military airport in Jämsä, Central Finland.”

There is a lot going on right now and things are quite a bit more complicated than that. In the first place, real people in two sovereign countries bring their own opinions formed by their own lived experience to the question of NATO expansion. They actually live there and it is their decisions that matter. No one is served by the virility-for-show that clogs the shallow end of social media, and I wish they’d stop it. Fortunately, no one who makes actual decisions gives them a second glance.

On the more important question of what in the world will happen next, we’ll need to look at topics like the other, southern shore of the Baltic, the vexing problem of Kaliningrad and the Suwalki Gap and of course, Ukraine itself and the fundamental question, is a land war coming to Europe? Quite a bit more to come.

That’s how Timothy Snyder describes the American attitude toward air travel. It appears Mr. Snyder was not pleased with his recent experience with Delta Airlines. Read about it here.

(Note: This post sent me to EarthPhotos.com to retrieve the photo of the Delta jets up there, taken at Atlanta’s Hartsfield Jackson airport. In the EP Transport Gallery, there are 1058 photos of all sorts of different ways of getting around, from all over the world. Check it out, you might enjoy it. You can set up a slide show from the Transport Gallery main page by clicking where the arrow points, as below.)

First commercial hydrogen flight from Rotterdam to London expected in 2024. 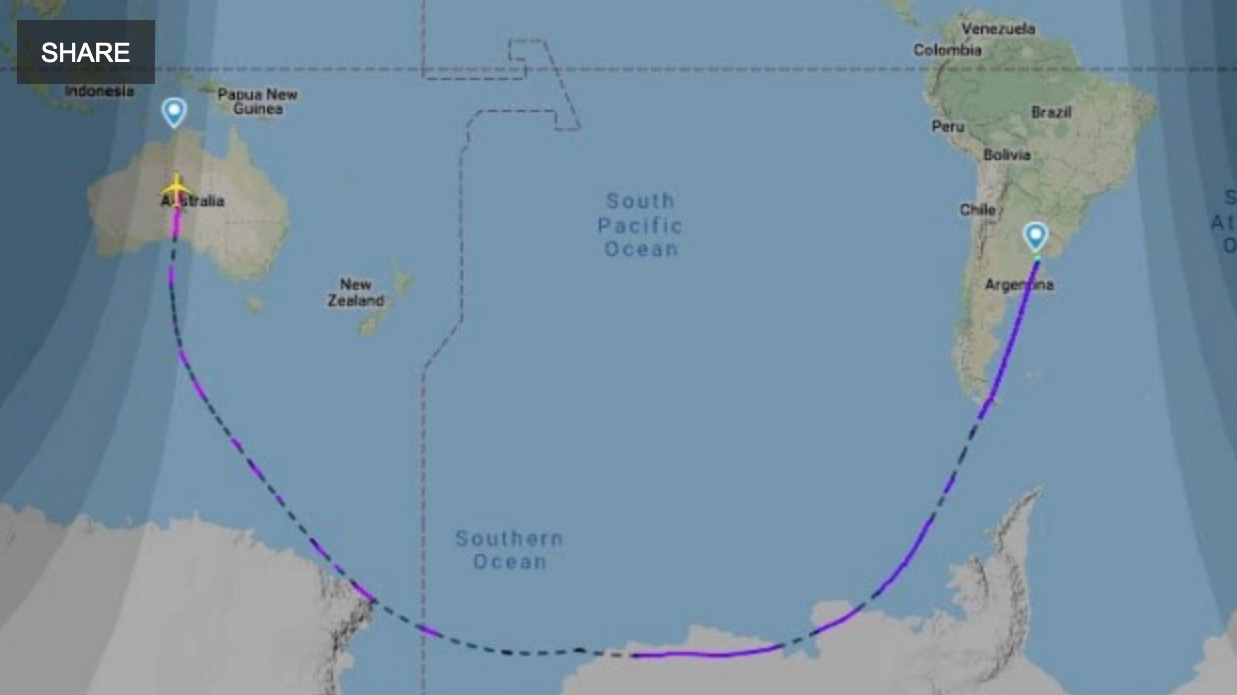 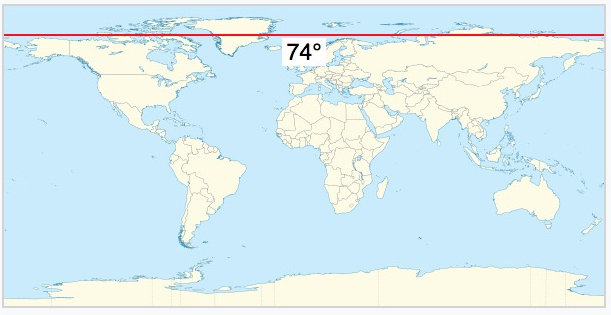