You wouldn’t want to get through the day without knowing that in honor of Burns Night tonight, a bag of haggis has been floated twenty miles into the air. Would you?

Atmospheric-looking place, from a quick visit to Vyborg, Russia in June: 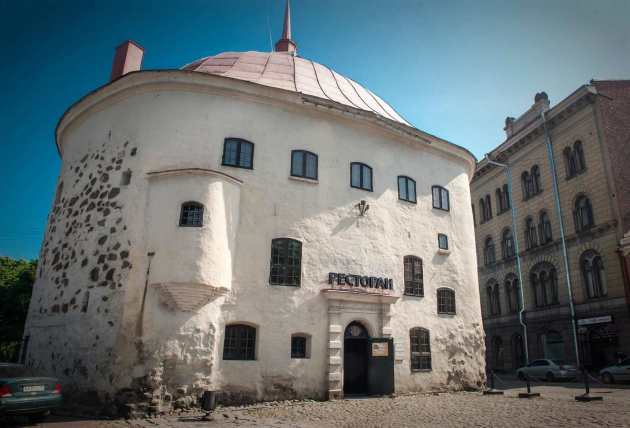 Just in to Riga for the weekend. Here’s a clock on the Dom Square with Riga’s name on it.

Just time to put our things down and walk down to a random terrace in the old town for “gray beans and streaky bacon with sour cream.” A bowl of goodness.

There’s no comparison, Estonia to Latvia. They look the same (same as Finland, birch, spruce and pine forests, sea and lake grass, same vegetation, all close to the sea), and we bulled right through the old pre-Schengen/EU border and the closed up pass control and customs posts without slowing down, but these are different lands.

Finno-Ugric gives way to the Baltic Indo-European Latvian, which is phonetically spelled and looks and sounds much more Russian, although I understand that Finno-Urgic Finnish and Estonian have left their mark in one way, by the stress on all Latvian words being on the first syllable, as in Finnish.

Riga, historically a much larger trading port, is much more polyglot and much more Russian than Finland’s modest projection of power across to clean-swept Tallinn, Estonia. Which was just lovely by the way, and by far this was the most fun of my three visits.

March 1992 was desperate and poor, August 2010 middling, and now, Estonia clearly has a little prosperity of its own going on, and kudos to Estonians. The road with fine houses outside Tallinn toward Riga stretches on for miles.

Here, looking back from the old town, you can see back there that Tallinn’s new town now has a center of its own:

Now here in Riga we have a bigger, grittier, more working city to explore, perhaps twice Tallinn’s size. Last trip here was also August 2010 (photos). Let’s go out and see how it has changed.

Meanwhile, while we’ve been holed up in our Lake Saimaa, Finland cabin, the world seems to have gone on without us. Let’s leave Donald Trump’s United States for later.

So just a couple of things as we come out of hiding:

A new Boris Johnson government has come to the increasingly tenuously United Kingdom. Let’s see (among a hundred other things let’s see about the new government) how much confidence and supply the Northern Irish Tories can offer up as their party back in London leads Ireland into peril.

Politics is being remade across the board in Ulster right now, isn’t it? Here is a thought on the increasing irrelevance of Sinn Fein: The concern is no longer a banner reading “England get out of Ireland”. It’s that nationalism is finding a credible face.

And Ruth Mottram, of the Danish Meteorological Institute, told CNN this week that an estimated 180 billion tons of Greenland’s ice had melted into the ocean since 1 July, raising sea levels by about 0.5mm. Can this possibly be right? 0.5mm in a month seems incredible to me.

In an article about plant-based meat in Ouside magazine, Rowan Jacobsen is surely right when he notes,

“Most Baby Boomers are going to stick with their beef, right up to the point where their dentures can’t take it anymore. But Gen Z will find the stuff as embarrassing as Def Leppard and dad jeans. “

And then there’s this:

As you may know by now, collected photos from this long, slow trip around the world that started in April post here.

Cheers for now, back in a bit. Good weekend to you from Latvia.

… you can watch people make pizza live in Pizza Mizza Novi Haj, a Pizzeria In Petržalka, across the Danube from Bratislava, Slovakia.

It’s so easy to poke gentle fun at menu translations it’s almost unfair, but it’s meant with good humor. So this, as we leave Asia:

I suggest skepticism of the approximate beef roll.

I know, you’re torn between the porcupine and the weasel. Same here. 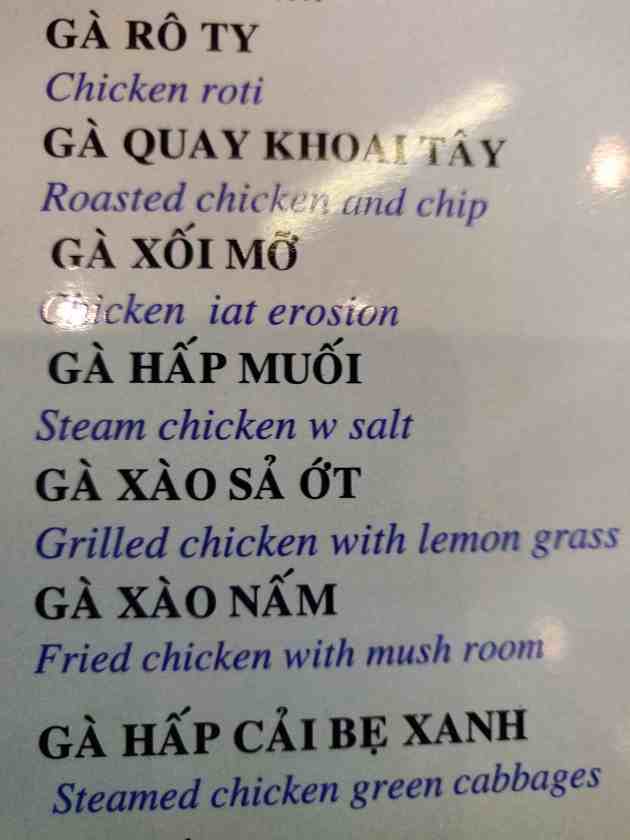 Is chicken iap erosion due to climate change?

The deer may be fine but that damned vain hot pot, always going on about how great it is…. 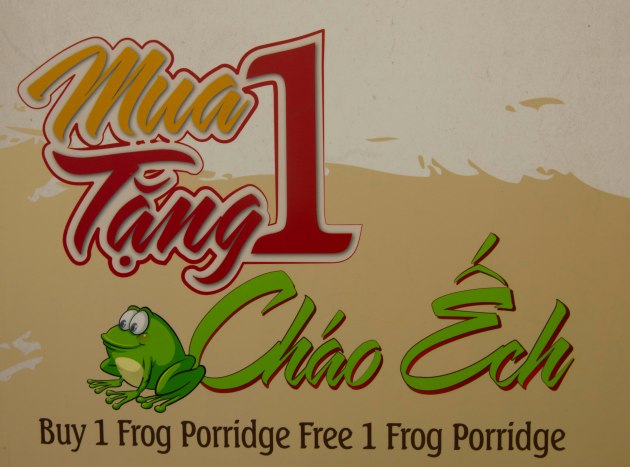 Because when I think Texas, I think chicken.

These (mostly) daily photos from a slow trip around the world are collecting on Earthphotos.com. See the archive page Around the World, Slowly.

We’re staying on the 13th-floor of a 21-floor building and we might just as well have been on hand at the Saturday night invite-only show in the skybar above us, live Viet Pop invading our personal earspace the same way a plane flies over your house’s airspace. With utter impunity.

This morning at 7:00 there’s a live concert down on the street, sounds like it’s right in front of the Eximbank, horns and marching band-drums. Can’t see them and they never seem to march away. Unique hour for a concert, but it’s an agreeable accompaniment to strong ground Vietnamese coffee, strained through a phin cà phê.

Love this part of the world. Welcome to Saigon. 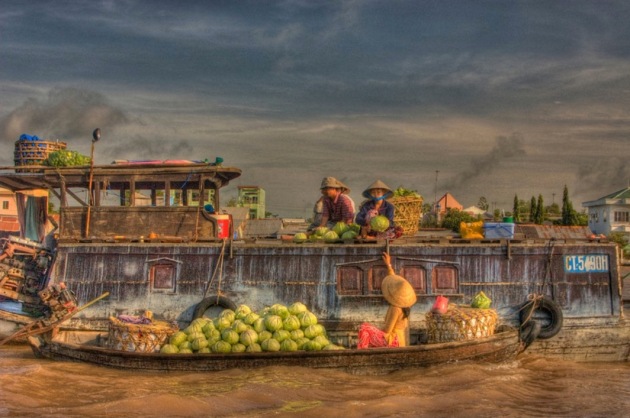 Looks like we’re restocking cabbages here at the floating market at Can Tho, Vietnam.

A photo a day from Vietnam ahead of a month in Saigon. These daily photos are collected here, on Earthphotos.com.