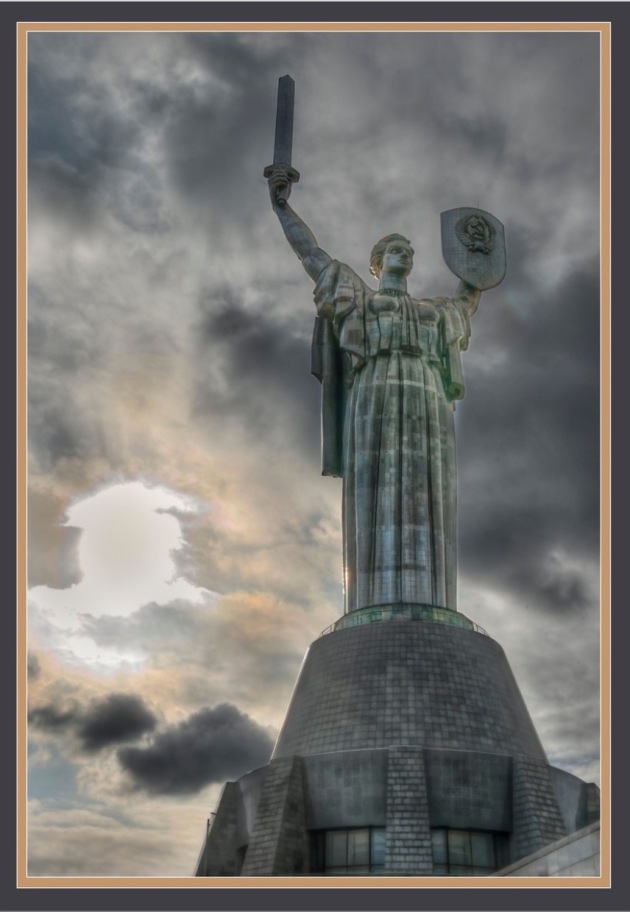 Monday, February 21, 2022: My brief opinion, modestly offered, because I think today is a historic day:

This is not Reagan v Grenada, Bush v Panama, Clinton v Serbia or Reagan or Obama v Libya. None of those men became known as wartime presidents. Even with Iraq, George W. Bush isn’t primarily remembered as a wartime president, but rather as the president at the end of the Cold War. This is the United States and NATO versus Russia in a war over territory in Europe. Blue collar Joe Biden has become a wartime president.

When Covid began no one expected the extent of disruption it would still be causing, now beginning year three. As Russia’s gambit to upend the European chessboard begins, we may fairly expect death, hardship, refugee flows, displaced people, redrawn borders and a whole roster of Rumsfeld’s unknown unknowns.

Talking shops have spent entire careers talking over the last thirty years. For now they are talked out. Misery will ensue. I still have a hard time imagining the drafty old National Philharmonic Hall down near the Dnieper River in Kyiv, where my wife and I enjoyed an all Russian classical music concert three summers ago, ever being under assault by MIG fighters.

Unless there is an assertion by China, the European security question will predominate for years to come. The system of government – democratic or autocratic – that comes out on top in the battle for primacy beginning tonight will make gains worldwide and for years to come.

Autocrats will strive to make gains in the immediate meantime (looking at you, Beijing, Pyongyang, the Sahel). Either the post Cold War order will be patched together to hobble along for a little while longer or it will yield to the rise of an entirely new ordering of the world. Starting right now.

One man has made the calculation that he can reset the European security conversation. However successful his pursuit of war turns out to be, he is surely right about that.

I like that Macron is raising awareness about the need for rich countries to help vaccinate poor ones. It’s the right thing to do. I don’t like that he positions it as a mere matter of optics:

“It won’t change our vaccination campaigns, but each country should set aside a small number of the doses it has to transfer tens of millions of them, but very fast, so that people on the ground see it happening.”

The Tory government’s plans to use the Royal Navy to patrol British fishing grounds in the event of a hard Brexit elicited this French response Saturday:

Recalling this well-thought-out Trump Administration plan, back in April, to “shoot down” ships:

After starting out in April with a month in Vietnam and a brief stop in Thailand, then spending the brief Finnish summer by Lake Saimaa, and brief excursions into Russia, Germany, Poland, Estonia, Latvia, Ukraine and a brief bump through Paris (here, the state of the Notre Dame Cathedral today)

it’s time to head back to the farm in Appalachia. We’ll be bouncing through Dublin, Ireland at the weekend, then back to the US next week.

I’ll be working up a post on Viktor Yanukovich’s Межигір’я residence in the meantime, and you can see all the photos we’ve posted over the course of the trip on the EarthPhotos.com page Around the World Slowly, 2019.

Hotel rooms and apartments and a 13 inch MacBook aren’t the ideal environment for post-producing photography, so over the course of the coming autumn, once we get back to a big desktop computer,. we’ll have much more photography and commentary from the eleven countries and four months we’ve spent on the road.

And be sure to look up my next travel column at Three Quarks Daily on Monday.

From Liquid assets, Julia Bell recalls an unromantic trip to a tax haven in the Times Literary Supplement:

“There are about 4,400 islands in British and Irish waters, but this number includes only those that are over half an acre in size and are islands at all states of the tide. Of that number 210 are inhabited, and 850 are in the Republic of Ireland. If you include the islands that are only visible at low tide, the figure rises by another 6,000 or so. Jersey forms part of an archipelago, including Guernsey, that is closer to France than Britain, protected from the full force of the English Channel and the Atlantic by the Cherbourg peninsula to the east and Brittany to the south. They are ostensibly a Crown Dependency, which means that the British Sovereign is responsible for their security and safety, and their governance is a throwback to William the Conqueror and the formation of the Duchy of Normandy. Jersey is a Bailiwick. The term emerges from the Old French word for bailiff – bailie – and it refers to an area of land over which a bailiff has jurisdiction. The Bailiff of Jersey is chosen by the Crown, which means that Jersey has a strange insider/outsider status in its relationship to Britain. Jersey’s laws are supervised by the UK, but it is also classed as an independent state, which means that it is possible to run business there that has no tax relationship to the mainland.”

Windy and gray on our side of the hill today. Looks like an indoor weekend in the southern Appalachians.

The theme of today’s weekend reading recommendations is big European countries in turmoil.

The UK:
– The Divided Kingdom by Helen Dale
– Labour’s Brexit trilemma: in search of the least bad outcome by Laurie MacFarlane
– How Ireland Outmaneuvered Britain on Brexit by Dara Doyle
France:
– Notes on the Yellow Jackets by Claire Berlinski
– Macron Fans the Flames of Illiberalism by Pankaj Mishra
– Two Roads for the New French Right by Mark Lilla
– What Will Follow Emmanuel Macron? by Sarah Jones
– From Sans Culottes to Gilets Jaunes: Macron’s Marie Antoinette Moment by Sylvain Cypel
Italy:
– How Macron gave Italian populists a boost by Silvia Sciorilli Borrelli
– The Dangerous New Face of Salvini’s Italy by Walter Mayr

Enjoy your weekend. See you next week.

On yesterday’s elections: 1. the French have rejected both traditional parties in an election for the first time in the history of the Fifth Republic. And 2. the pollsters largely got it right, which is more than can be said for their British and American counterparts these last couple years.

While the next two weeks are potentially fraught, for the moment the idea of a functioning European project survives. But headlines like

“Macron to ‘blow Le Pen out of the water’ in final round of French election – Not even a terrorist attack could increase Front National’s chances, experts believe”

in this morning’s Independent are exactly what forces of moderation don’t want to see over the next two weeks. Because, as Der Spiegel explains,

“if only a fraction of those who believe that Macron’s victory is a given end up staying home on May 7, then Le Pen has a shot at becoming France’s next president. Because there is one certainty that has survived: Front National supporters will turn out in force.”

While the periphery frays (Brexit, the Turkish referendum), you can at least make an argument this morning that the core still believes in the European idea. Let’s not get ahead of ourselves with this ‘blow her out of the water’ kind of loose talk. Two delicate weeks lie ahead for an entirely untested would-be leader in a world full of surprises.

Whatever I can do, happy to help. 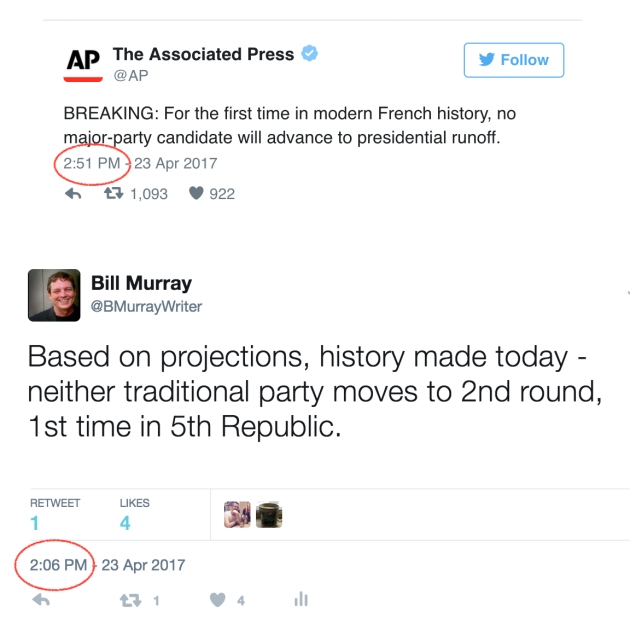 A good “if you only read one article about the French elections” article: Extremists on Left and Right Push France to the Brink in Spiegel Online.

(Marine) Le Pen was asked in a recent TV campaign special what she would do if the French voted to remain in the EU in a referendum she has said she would hold. She normally has an answer ready for whatever question might be asked, but this time she said nothing for a long moment, before responding: “I would resign.” When the moderators then asked what the point of a referendum is if she wanted to determine the outcome beforehand, she became angry and quickly switched to her favorite topic: the media’s vicious attacks on Le Pen and her party.

It has always been said that the French are consummate debaters, and with, as they say in the screen grab, “total uncertainty” about the outcome of this weekend’s first election round, the next couple of days are the right time to find a panel discussion on France24.