Let’s count ’em down, shall we?
At #7, these guys want your business. Right damned now. Pub in Dublin, Ireland.

At #5, the entrance to Luna Park, an amusement park at Milson’s Point in Sydney, Australia.

Here’s #4, the men’s room at the Hotel Føroyar, Torshavn, Faroe Islands. At least I guess that’s what it is. I wasn’t going in there. 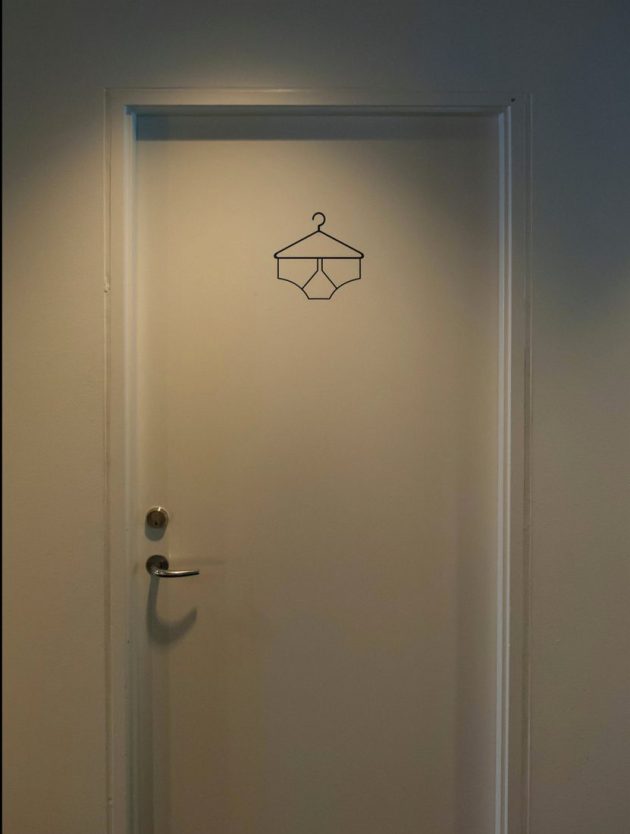 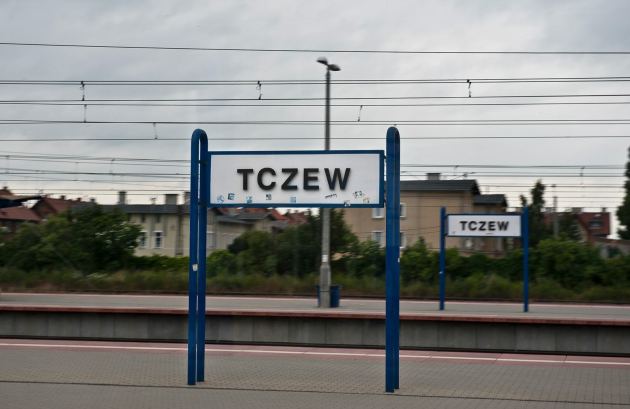 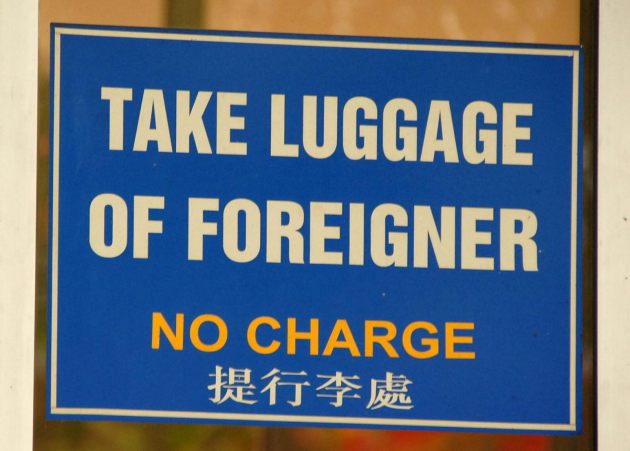 And the number 1 all time best sign ever, anywhere, sign in the world, from Bangkok, welcome to Miss Puke!

Here are some more interesting signs. And all the other Friday Photos. Have a good weekend, everybody.

Have a look at all the accomplished authors and big publishing houses that have books published or ready to drop about the Great War:

Catastrophe 1914: Europe Goes to War by Max Hastings
The War That Ended Peace: The Road to 1914 by Margaret Macmillan
The Sleepwalkers: How Europe Went to War in 1914 by Christopher Clark
July 1914: Countdown to War by Sean McMeekin
A Mad Catastrophe by Geoffrey Wawro
The Trigger: Hunting the Assassin Who Brought the World to War by Tim Butcher

and one I really liked, a snapshot of the world before upheaval, 1913, by Charles Emmerson.

This provides the talent pool for a storm of book tour media interviews as the July anniversary of Sarajevo 1914 approaches. Now, just combine with today’s Eastern Europe, Perfidious Putin and Appeasing Allies.

The parallels with the Great War are close enough, and the chronology is so exactly just right, 100 years plus or minus a month or so. Get comfy and enjoy all the warnings of doom coming your way through the summer.

Why, looky here, here’s one from just last week.

Writers got to make a living, too.

Lawrence Sheets covered the demise of the former Soviet Union for NPR. He writes his memoir in a brisk, non-academic style that's just right for the interested lay person. It's a quick read; Took me only a weekend and Monday. He includes what must be all his greatest hits, his quick trip to Afghanistan, a trip to Sakhalin Island in the Russian far east, visiting the Chernobyl exclusion zone, but I'm particularly drawn to his Caucasus reporting.

He makes my modest story on the southern Caucasus, recounted in CS&W, appear callow, and I appreciate him for it. It's exciting to get background on some of the places we visited a few years after he did, in Georgia, Azerbaijan and Armenia (even a tiny place we visited, Dzoroget in Armenia, athough he visited under entirely different circumstances). His coverage of Abkhazia's succession from Georgia is admittedly maybe not general interest, but I loved it.

He reported that little war along with his friend and fellow reporter Thomas Goltz, who has written his own books, and if you read their accounts alongside each other, you get a real, exciting sense of what went on at that fraying edge of the Soviet empire.

Similarly, you can read Sheets on Armenia alongside Christopher de Bellaigue's Rebel Land, (earlier post) which is set just across Armenia's western border in Turkey, for a richer understanding of the Armenian genocide question, and Sheets on Armenia alongside Thomas de Waal's richly reported Black Garden (that's what "Karabakh" means), which is set just across Armenia's eastern border in Azerbaijan for a better understanding of the Nagorno-Karabakh conflict.

Go ahead and polish off your expertise about the southern Caucasus with:

– Bread and Ashes by Tony Anderson. Travels in Georgia.

Also in the region, see
– Towers of Stone by Wojciech Jagielski, reporter for the Polish newspaper Gazeta Wyborcza,
– The Man who Tried to Save the World by Scott Anderson, about aid worker Fred Cuny in the north Caucasus,
– Chienne de Guerre by Anna Nivat, incredibly brave war reporting from Chechnya,
– Beslan: The Tragedy of School Number 1 by Timothy Phillips on the nightmare in North Ossetia,
– Thomas Goltz's other books Azerbaijan Diary and Chechnya Diary,
– Thomas de Waal's other book The Caucasus: An Introduction,
– and Christopher de Bellaigue's In the Rose Garden of  the Martyrs , a memoir of Iran. de Bellaigue writes beautifully, and after all, Iran borders Turkey, Armenia, Azerbaijan and the disputed Nagorno-Karabakh.

If you're planning a trip and want to do something nice for yourself (and who doesn't?), there's a useful list of luxury travel blogs and sites on the Travel Answer Man's blog.

… that popped up over the weekend:

– Perhaps more than you ever wanted to know about stewardess uniforms.

– Tim Leffel links to A Wave of Great Travel Writing. Climb an active volcano? Chase a cyclone? Photograph the northern lights? All you need to pick your destination is right here.

The Alaska Climate Research Center (webcam here – expect dark) of the Geophysics Institute at the University of Alaska Fairbanks offers a handy resource for this time of year, an aurora forecast customizable for where you live (or plan to visit).

(Photo at right from the aurora forecaster).

While we're in the sky, try Space Weather, Earth & Sky Tonight and a page of several sets of data, like eclipses and transits of Venus and Mercury, from the U.S. Navy.

Specialty Lists Back on Earth

Not a forecast, exactly, but the U.S.G.S. keeps an extensive list of the latest earthquakes in the world. The Institute for Astronomy at the University of Hawaii keeps track of tropical cyclones, hurricanes and typhoons at Tropical Storms Worldwide. The University of Wisconsin – Madison keeps track of the world's most active volcanoes on Volcano Watch, updated every half hour, with photos.

Still deciding on a destination? World Climate will give you basic information by city name. Weatherbase claims weather records and averages from 16,439 cities worldwide. And before you take off, check the Global Incident Map, which tracks global acts of terrorism and other suspicious events.

Finally, for gorgeous satellite photography from all over the planet, see NOAA's Ocean Explorer Galleries, and it's hard to beat NASA's Earth Observatory and its photography archives.

The world is made up of 757
countries, territories, autonomous regions, enclaves, geographically
separated island groups, and major states and provinces, according to MostTraveledPeople.com.

You can't use just countries as the measure of the world's places, because then Tahiti would be France and Greenland Denmark, which they're clearly not. I quibble with MostTraveledPeople.com that individual provinces should be distinct places though: what's the difference between one side or the other of the North/South Dakota border? Seems like just a way of running up the score.

On the other hand, it's all exhibitionism, and we all do it. We're proud of the just-over-one-hundred countries and territories we've visited and we've proudly displayed this countries-visited map here before:

This map can be manipulated, too, of course. Fly in and out of Moscow and it looks like you've been a whole lot more places than if you've visited a couple of dozen Caribbean countries.

(Make your own Countries Visited map here or here.)

Still, it's fun to read profiles of some of the most traveled people. Looks like they do a profile a day on their home page. Their most traveled person is Charles Veley (More: 1, 2, 3, 4), who says he's visited 709 places, with 48 remaining. 10 of the Most Unreliable Airlines from ProTraveller

The building in this photo may not have started out as one of the ugliest, but you wouldn't much want to hang out there when this photo was taken.

The Bosnian War took place between March 1992 and November, 1995. We visited, and took this photo, in November, 1997. It's the former parliament building in Sarajevo, Bosnia & Herzegovina.

There are more photos of Sarajevo in the Former Yugoslavia Gallery at EarthPhotos.com.