Travel due west from Easter Island, dodge a Tahitian Island or two, and you’ll come ashore in the northern Brisbane suburbs. Head east and you’re in Chile. Sail south to Antarctica? The forbidding Cape Herlacher on the Amundsen Sea. Set out northbound – a long, long way – and you’ll land on the tip of Baja California.

Easter Island, brochure-writers say, is the most remote inhabited spot on the planet. That’s not really true, and all the islands are remote out here. For example, Easter Island’s nearest inhabited neighbor, Pitcairn Island, is 1300 miles west and home to 42.

There is a spot in the Indian Ocean more remote than either of these mere motes, a place claimed by France called Kerguelen Island, but it has no permanent residents, only scientists.

In fact, the remotest inhabited island in the world is Tristan da Cunha, a surely inbred place with a population of about 270, in the South Atlantic Ocean, 1,750 miles from South Africa. Supply boats from South Africa sail there less than once a month. In bountiful contrast, cruises stop at Easter Island and there are daily flights.

Since there is no airport at Tristan de Cunha, Easter Island claims the prize for most remote airport in the world. Mataveri Airport is 2,336 miles from Santiago, from which there are scheduled flights, and 1,617 miles from Mangareva in the Gambier Islands, where there are none.

The flight out takes about 3-1/2 hours. The airport at the Amundsen-Scott South Pole Station commands a crossroads by comparison, a mere 842 miles from Williams Field, which serves the U.S. McMurdo Station and New Zealand’s Scott Base in Antarctica.

Stand down by the shore in Miraflores, the fancy shopping suburb of Lima, Peru, and look west. Amid the children and the frisbees and the noise, and coastal Peru’s bewildering garúa and the unmuffled engines, it is hard to get an idea what the remoteness of Easter Island feels like. How the isolation seeps into your thinking. How it makes you different. It is a fundamental feature of Rapa Nui.

The more I learn, the more I understand Easter Island really is a mysterious place, having confounded just about everybody since 1722, the date of the first known non-Polynesian contact. Everybody has theories about Rapa Nui, and nobody really knows, so you might as well develop your own theories too. Why not?

There are multiple mysteries. First the huge statues, called moai. How and why did the islanders move them from quarry to perch?

There is the question of the society’s apparent collapse. Some would have us believe the islanders were dim enough to cut down their very last tree, but I am skeptical. Or was it European contact and the diseases that unleashed?

At least the question of how Rapa Nui was originally colonized seems to have been answered. Norwegian Thor Heyerdahl pointed to the Incas and Spaniards via Peru. The Swiss author Erich von Daniken put it all down to spacemen. That nutty old Daily Mail even fingered the diabolical sweet potato.

Clearer heads traced the larger colonization patterns of Polynesia, sometimes via pottery, back to today’s Papua New Guinea via the Solomon Islands. The distance between the Solomon Islands and Easter Island, though, is some 6000 miles. How long did it take? Even learned guesses range across more than five hundred years.

A British archaeologist who lived on the island in 1914-15 named Katherine Routledge wrote that it “bears no resemblance to the ideal lotus-eating lands of the Pacific; rather, with its bleak, grass grown surface, its wild rocks and restless ocean, it recalls some of the Scilly Islands or the coast of Cornwall. It is not a beautiful country or even a striking one, but it has a fascination of its own.”

In the end, it’s hard to get a non-academic feel for the place from home. Unless you go, it’s all just words in books. They say the tallest moai weighed 82 tons and the heaviest weighed 86. My horse-trailer-pulling Ford F-250 weighs a mere three. How can you tell what you think about how they hauled those things around until you stand under one and look it in the eye?

This is why you go, of course, because it is a singular place on earth. As much as it would like to be, it is not like the rest of Polynesia. It may recall the coast of Cornwall. It surely is nothing like its Chilean suzerain.

So you just have to go out there to see.

My new book Out in the Cold should be live on Amazon next week so I thought I’d send us into the weekend with a photo from each of the countries in the book. All these are clickably linked to higher res, much larger and more enjoyable versions at EarthPhotos.com.

Meanwhile, between now and next week, here’s a little text from the book:

This is the tiny little idyllic town called Tjørnuvik, on the island of Streymoy, Faroe Islands. 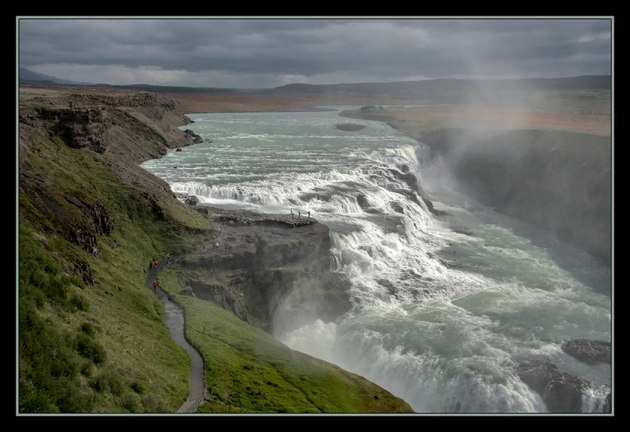 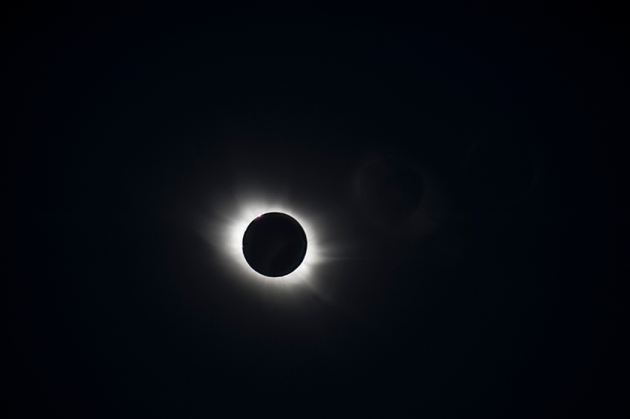 And the object of our quest to Svalbard, 800 miles from the North Pole. A total solar eclipse.

Enjoy these EarthPhotos from above the earth. Click these to enlarge them. 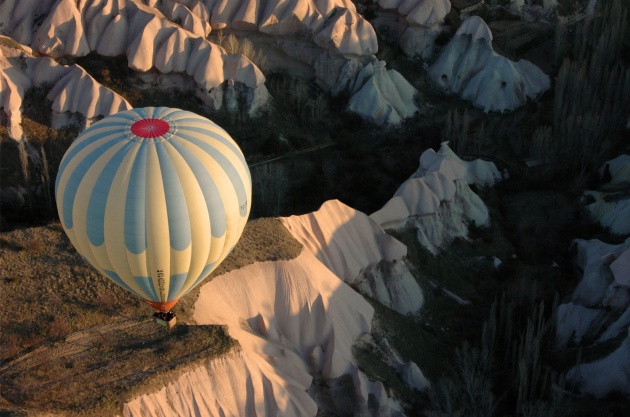 First two from the Cappadocia region of Turkey. A balloon…

…and some of the crazy cave houses. Arrange your ride with Lars Erik More’s Kapadokya Balloons. There are lots more aerial shots of Cappadocia in the Turkey Gallery at EarthPhotos.com.

These are some of the world’s tallest sand dunes, in Namibia, and it’s a gorgeous place.

There are lots more like this in the Namibia Gallery.

Took a little spin up and around Rarotonga, in the Cook Islands

This is mining in western Australia

END_OF_DOCUMENT_TOKEN_TO_BE_REPLACED

We’re bound for Eastern Europe to see what people there think about the emerging story in Ukraine. And to take some pictures. Watch for those here over the next several days.

We’ll leave you with these photos from EarthPhotos.com. Click any of them for an enlargement. Each enlargement takes you to that photo’s Country Gallery. To explore more photos from that country, mouse over the enlargement and click the big X in the upper right. Enjoy them. 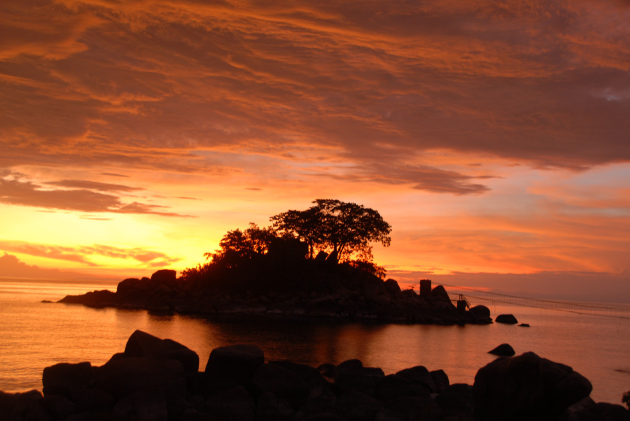 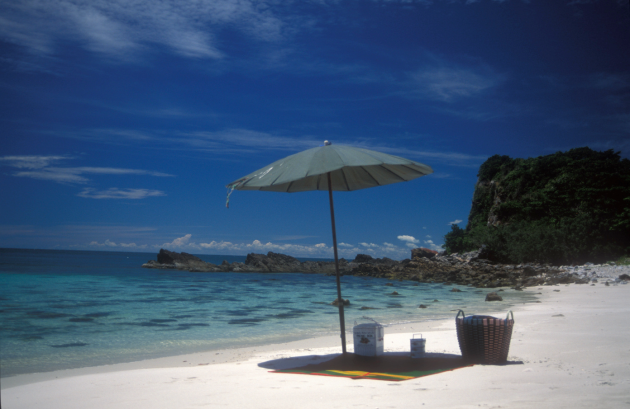 A catered beach in the Gulf of Thailand, southern Thailand.

END_OF_DOCUMENT_TOKEN_TO_BE_REPLACED

Americans love to visit London, Paris and Tuscany, but there are so many compelling places to go in this world. I say, go and discover someplace obscure!

There are 192 U.N. member states. Kosovo, Taiwan and Vatican City aren’t U.N. members, so add them. Add South Sudan, to be born as the world’s newest country on 9 July. That’s 196 countries, and there are dozens and dozens of territories (Greenland is Danish, Tahiti is French, Aruba is Dutch and so on) and odd bits and specks of land all over the globe. There are plenty of places to choose from.

So, how to pick your destination?

First, don’t rely on glossy travel magazines – and they know who they are – for travel advice, or you’ll never get out of the London/Paris/Naples/luxury hotels cocoon. All that press a few months back about Tibet as the new hip destination – that was all because the Starwood chain (Sheraton, Westin) opened a new high-end St. Regis hotel in Lhasa. See Travel+Leisure, for example.

Now, next time we’re in Lhasa maybe I'd like to stay at the St. Regis, too. But be aware of what you’re getting as travel advice from the glossy magazines. As a rule of thumb, be wary of anything in a magazine that’s bracketed by ads for Tag Hauer watches and Louis Viutton luggage. Whatever it is, it’s just marketing words.

Don’t be overly swayed by guidebooks and their “dangers and annoyances” sections. It’s no surprise that there’s the danger of pickpockets in poor African countries. The answer to that: Don’t carry valuables in your pockets.

Keep an open mind. Do your online research. Pick a spot and just go. Buy a ticket, get on the plane, and go see what it’s like. Our world is a great big, sprawling pageant of color and chaos and diversity, and you should go out there and see it.

And this summer, don’t let “experts” steer you onto the too-well-trodden path. Imagine: No more sitting in a left bank café disdaining the waiters who disdain you right back for trying to use your high school French. It’s liberating.

Tomorrow I'll link to a few tools I use to start the process of deciding where to go.

Laurence Mitchell, who's soon off to update the Bradt Guide to Kyrgyzstan, writes this week about Serbia. He says that the National Tourism Organisation of Serbia's new promotional video does little to flatter the Serbian capital, Belgrade, and concludes that:

"Perhaps all (the) things that I hold dear are considered a bit too backward and Old Europe for the marketing people."

He and I agree that Serbia's (and the larger Balkan region's) Old Europeness is precisely it's draw. One of the great pleasures of getting out in the world is experiencing the 'apartness,' the dissimilarites to home. Let us not be in a hurry to make everything shiny and new.

The River Danube at Belgrade.