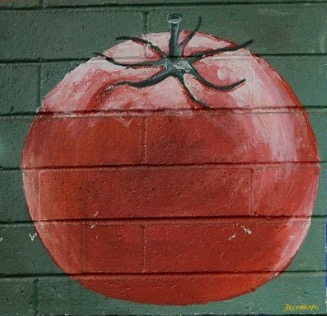 From In the Valley of Fear by Michael Greenberg in The New York Review of Books, on migrant labor in the San Joaquin Valley:

“Tomato picking is “stoop labor,” the most wearying and painful kind. But the Oaxacans went at it with dizzying speed. The pay was 73 cents for every five-gallon bucket they could fill, which workers prefer to the alternative of $11 per hour, California’s minimum wage. Younger workers filled two buckets at a time, yanking supersized green tomatoes from their plants, flicking off the stems, dropping them into the bucket, then racing to deliver them to the packing trailer hitched to a tractor fifty or sixty yards away at the end of the section. They then ran back to the harvest row, calling and shouting to one another like soldiers to keep up their spirits and pace. In five hours, a skilled picker could earn between $75 and $85.” 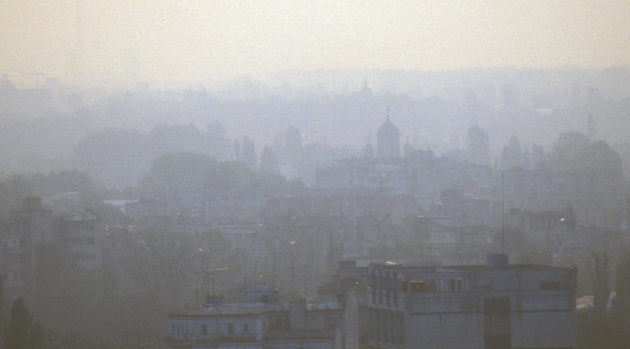 “You look at our air and our water and it’s right now at a record clean. But when you look at China and you look at parts of Asia and you look at South America, and when you look at many other places in this world, including Russia, including many other places, the air is incredibly dirty, and when you’re talking about an atmosphere, oceans are very small. And it blows over and it sails over. I mean we take thousands of tons of garbage off our beaches all the time that comes over from Asia. It just flows right down the Pacific. It flows and we say, ‘Where does this come from?’ And it takes many people, to start off with.”

From an interview with Donald Trump in The Washington Post.

‘If he was that sure of himself,’ Obama said, ‘he wouldn’t have his picture taken riding around with his shirt off.’

Ben Rhodes in The World as It Is.

Probably a wee bit obscure, but in an article in The Walrus on the recent Munk Debate on populism between David Frum and Steve Bannon in Toronto (it’s interesting stuff, watch it here), Ian Wells makes this point:

“Exposing populist nativists to facts, we now know, will not disabuse them of their political delusions—not least of all because our “facts” are their fake news. “

“Mrs. May used to argue that “no deal is better than a bad deal.” Having returned with a bad deal, she now seems to be arguing that no deal is worse.”

“The crisis of the Anthropocene is not a story about individual consumption choices, or one about technology per se. It is about a system that requires infinite accumulation in a finite world….”

“I tried to register for the 2016 election, but it was beyond the deadline by the time I tried to do it. I hate mailing stuff; it gives me anxiety.”

Much anticipated, even apocalyptic to extremists in both nationalist camps, today’s referendum in Macedonia sort of just meandered around and then wandered on back home:

“The referendum results for the change of the name of Former Yugoslav Republic of Macedonia went as expected, with 90 percent of voters saying “Yes” to North Macedonia, but only 34.76 percent of them went to the polls.

In order for the referendum results to be valid, at least 50 percent plus one of registered voters needed to participate. Out of the nearly 1.8 million registered voters, only about 630,000 casted a ballot.”

“Back in the early 1980s, the (Arctic) sea ice in September typically covered an area somewhat less than the size of the contiguous United States. Now it is much, much smaller – we have lost an area equivalent to all of the states east of the Mississippi, plus the Dakotas and Nebraska.”

– From an interview with Mark Serreze at FiveBookscom.

This is a quote from Kossula, aka Cudjo Lewis, born around 1841, and sold into slavery. Kossula sailed as a captive on the Clotilda, the last known slave ship to the US from Africa, arriving in 1859. He sailed from the then kingdom of Dahomey, now Benin.

The book is Barracoon, The Story of the Last “Black Cargo,” by Zora Neale Hurston, who visited Kossula in and around 1927 in Plateau, Alabama.