That’s how Timothy Snyder describes the American attitude toward air travel. It appears Mr. Snyder was not pleased with his recent experience with Delta Airlines. Read about it here.

(Note: This post sent me to EarthPhotos.com to retrieve the photo of the Delta jets up there, taken at Atlanta’s Hartsfield Jackson airport. In the EP Transport Gallery, there are 1058 photos of all sorts of different ways of getting around, from all over the world. Check it out, you might enjoy it. You can set up a slide show from the Transport Gallery main page by clicking where the arrow points, as below.)

Friday morning the UK Guardian reports that  “Germany has removed several countries and regions including the US, Canada, Switzerland, Austria and some regions in Greece from its coronavirus travel risk list, the Robert Koch Institute … for infectious diseases has said. The new classifications apply from Sunday, the RKI said. Earlier this week, the US also eased its warning against travel to a number of the most developed nations including Germany.”

Yet the German government advises “Entry into Germany remains restricted and is possible only in exceptional cases. This applies regardless of whether the traveler is fully vaccinated or not.”

If you are American and want to travel to Germany: the American government says “Germany will currently only allow EU citizens, EU residents, and residents of certain other specific countries to enter. The United States is not one of those countries. U.S. citizens traveling to Germany from the United States will not be permitted to enter unless they meet one of only a few narrow exceptions.”

The US State Department is easing recommendations for outbound travel, but as of today, if you are German and want to travel to the US: “The U.S. government does not allow entry if a foreign traveler does not have U.S. citizenship and has stayed in one of the following countries within 14 days before its planned entry into the United States: 26 countries of the Schengen Area: Austria, Belgium, the Czech Republic, Denmark, Estonia, Finland, France, Germany, Greece, Hungary, Iceland, Italy, Latvia, Liechtenstein, Lithuania, Luxembourg, Malta, the Netherlands, Norway, Poland, Portugal, Slovakia, Slovenia, Spain, Sweden, Switzerland.”

Could the governments of the world maybe do a little bit better job of making themselves clear? 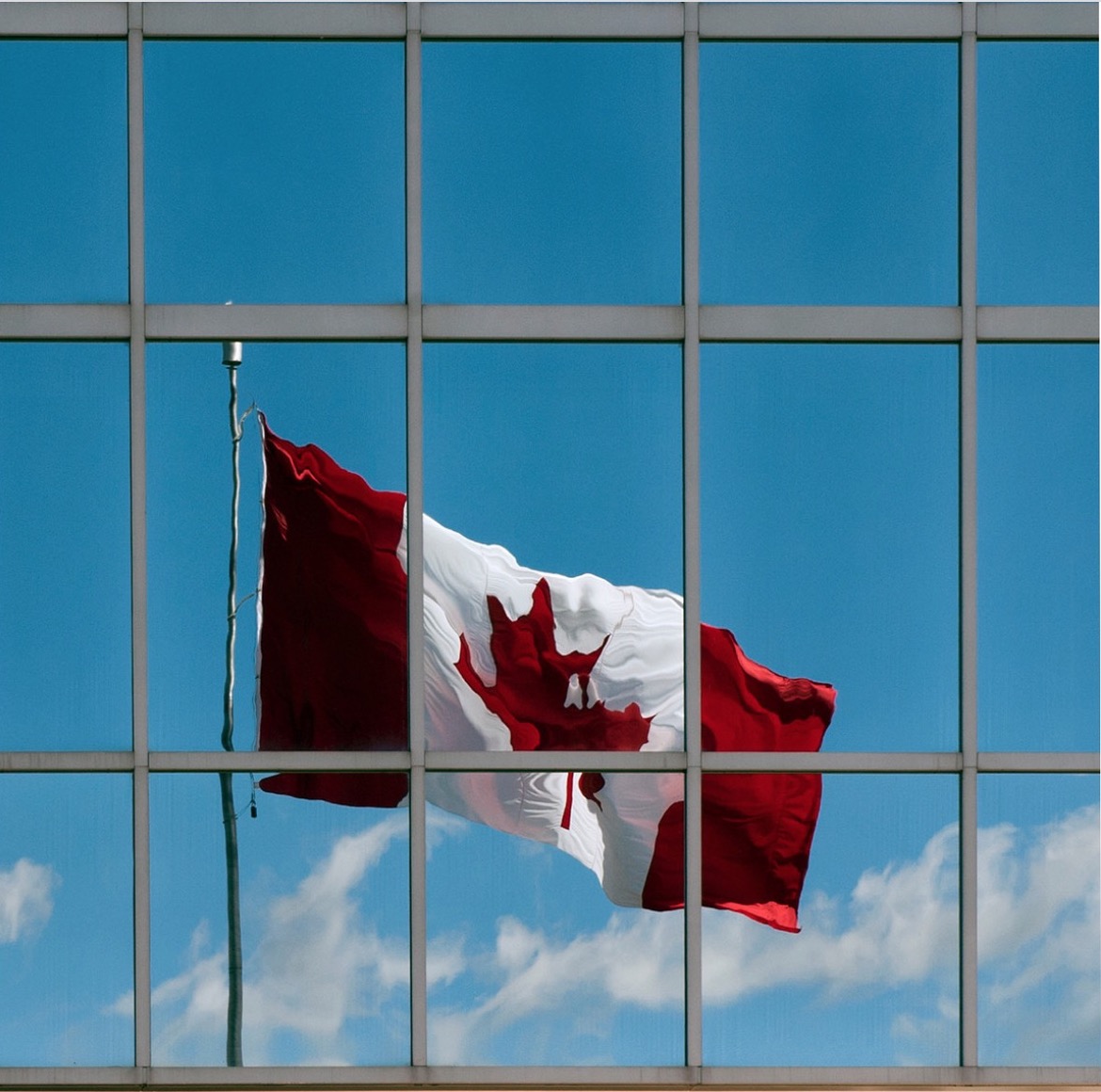 It looks like travel-ready Americans’ first trip won’t be to the north, where it looks like all those damn foreigners aren’t welcome.

Here it comes in fits and starts, the return of travel. Beginning in late June a British cruise line will send out a ship capable of holding 3,647 passengers  and … just sail around, not stopping anywhere. More wandering than cruising.

China says it is processing visa requests from vaccinated individuals, but only from those who have been vaccinated with a Chinese-made vaccine, which are not available or approved in much of the world.

And the Icelandic government announced today that from tomorrow, visitors who can prove vaccination will be welcomed into the country with no test or quarantine. If you time it right, just before the coming big volcanic eruption, maybe you can trade where you’re stuck now for being stuck in Iceland. 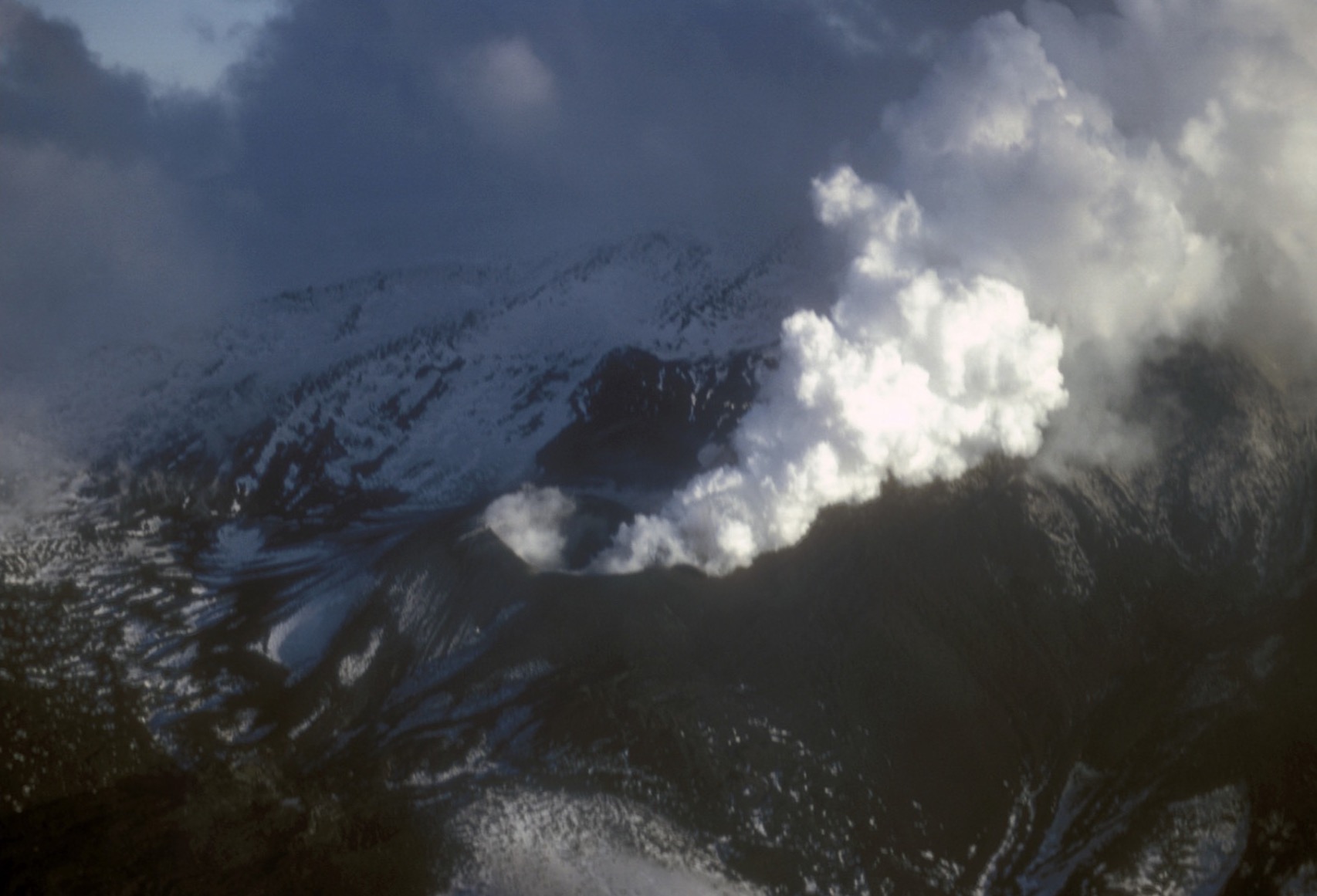 Here’s a photo that says a lot about how Canadians and Americans are treating the virus. Top is a Maid of the Mists ship, one of a fleet of sightseeing ships that set out for Niagara Falls from the New York side. Bottom, the Hornblower, is a Canadian counterpart.

Via the Monocle Minute.

In order to hurry along the resumption of international air travel the trade group International Air Transport Association (IATA) plans to initiate its Travel Pass in the first quarter of 2021 which, of course, is now only a couple of weeks away. Travel Pass will be “A global and standardized solution to validate and authenticate all country regulations regarding COVID-19 passenger travel requirements,” and will include “accurate information on passengers’ COVID-19 health status.” Essentially, it will tell passengers what’s required of them to reach their destination, and tell airlines whether passengers have been tested and/or vaccinated. IATA says it will soon be downloadable for iOS and Android phones. Here is a pdf fact sheet.

It’s one sign that things are stirring in the world of air travel. Another: Airlines warned about safety of COVID-19-grounded planes leaving storage.

The aviation consultancy Simpliflying reaches some fairly downbeat conclusions about the swift resumption of tourism in 2021. It thinks:

1 – It’s likely that there will be some form of air travel recovery from April. Shorter haul leisure routes (e.g from Northern / Western Europe to the Mediterranean) will recover first, especially those catering to older leisure travellers, who are higher in the vaccination queue.

2 – Widespread vaccinations of the adult population in Europe and North America however, won’t occur until after April, and we can’t expect a mass of adults to be vaccinated until the Summer.

3 – In Western Countries, vaccination schedules will not be uniform. In other countries, the roll-out may take until 2022 or 2023. This means testing is here to stay, and will work alongside vaccination certificates and biosafety measures.

4 – Reopening borders for air travel will not be a priority for Governments. Even the introduction of vaccines may not be enough.

Oops. Meant to post this last week. It’s column #25 of the On the Road series published monthly at 3 Quarks Daily. This column was published there last Monday. Here is a link to all 25 columns.

On The Road: Field Notes From The Wreckage Of Tourism

News from the leisure travel world is worse than grim. More than half of the 16 million travel industry jobs in the United States have been lost. On 14 April last year the TSA processed 2,208,688 air travelers. This year that number was 87,534.

They outfit the American cruise ship industry in a low key shipbuilding town on the Bay of Bothnia in Finland. Turku shipyards built the world’s biggest floating petri dishes, the 360 meter long ships Oasis of the Seas and Allure of the Seas, for Royal Caribbean International.

Seventy seven thousand employees, Royal Caribbean had, until a virus as unfriendly to people as plastic to the sea torpedoed its heart, soul and balance sheet in three months flat. Maybe Turku can save its shipyard jobs by building hospital ships; Royal Caribbean may tread choppy water forevermore.

If not by sea, what if by air? Qatar Airways, purveyors of dreamy Qsuites, offers a ticket changeable for anywhere they fly within 5000 miles – at the price of the original booking. You could in theory book a business class flight from Philadelphia to Kyiv for $1600 and change it to Hong Kong. They seem to mean it.

I don’t buy it. That’s just too grim, if only because airlines and governments alike are committed to maintaining a viable airline industry. Plus, airlines need you way more than you need them for a change. How about that.

Still, let’s not get ahead of ourselves. Phuket, Thailand’s biggest tourist island, reported no new cases on Monday and Tuesday 11 & 12 May, so on Wednesday 13 May the tourist board petitioned national authorities to reopen right then and there.

Not so fast, the government replied, as they work on a plan for “high-spending visitors from Asian countries to select areas … to avoid 14-day quarantines.” They will “have to provide a health certificate, buy health insurance, and undergo a rapid coronavirus test on arrival.” Nothing like a carefree week at the beach.

Schemes for survival in the travel industry have veered into wishful thinking. AirNorth, Yukon’s airline, with service (in normal times) to Old Crow, Mayo, Watson Lake and beyond, found itself with a largely idle catering facility. For those fortunate to live near Whitehorse, Yukon Territory, it began offering pick up and delivery of airplane food from its Flight Kitchen.

JetBlue thought nostalgia for airplane food might be a thing, too, and in early May began offering delivery of cheese and snack trays, $2.99 for three ounces of mixed cheeses, dried cherries and crackers through Imperfect Foods. Pardon the … delicious irony.

Everything about the road (and flight paths and shipping lanes) ahead is uncertain. The airline trade association IATA, which offers a comprehensive country-by-country map of travel restrictions, argues against countries imposing quarantines, and forecasts, with wistful tear and jutted jaw, that international travel will return to 2019 levels by 2023. END_OF_DOCUMENT_TOKEN_TO_BE_REPLACED

My monthly On the Road column at 3 Quarks Daily is live today. This month, it’s Field Notes from the Wreckage of Tourism.

Read it here at 3QD right now, and I’ll post it to CS&W later this week. 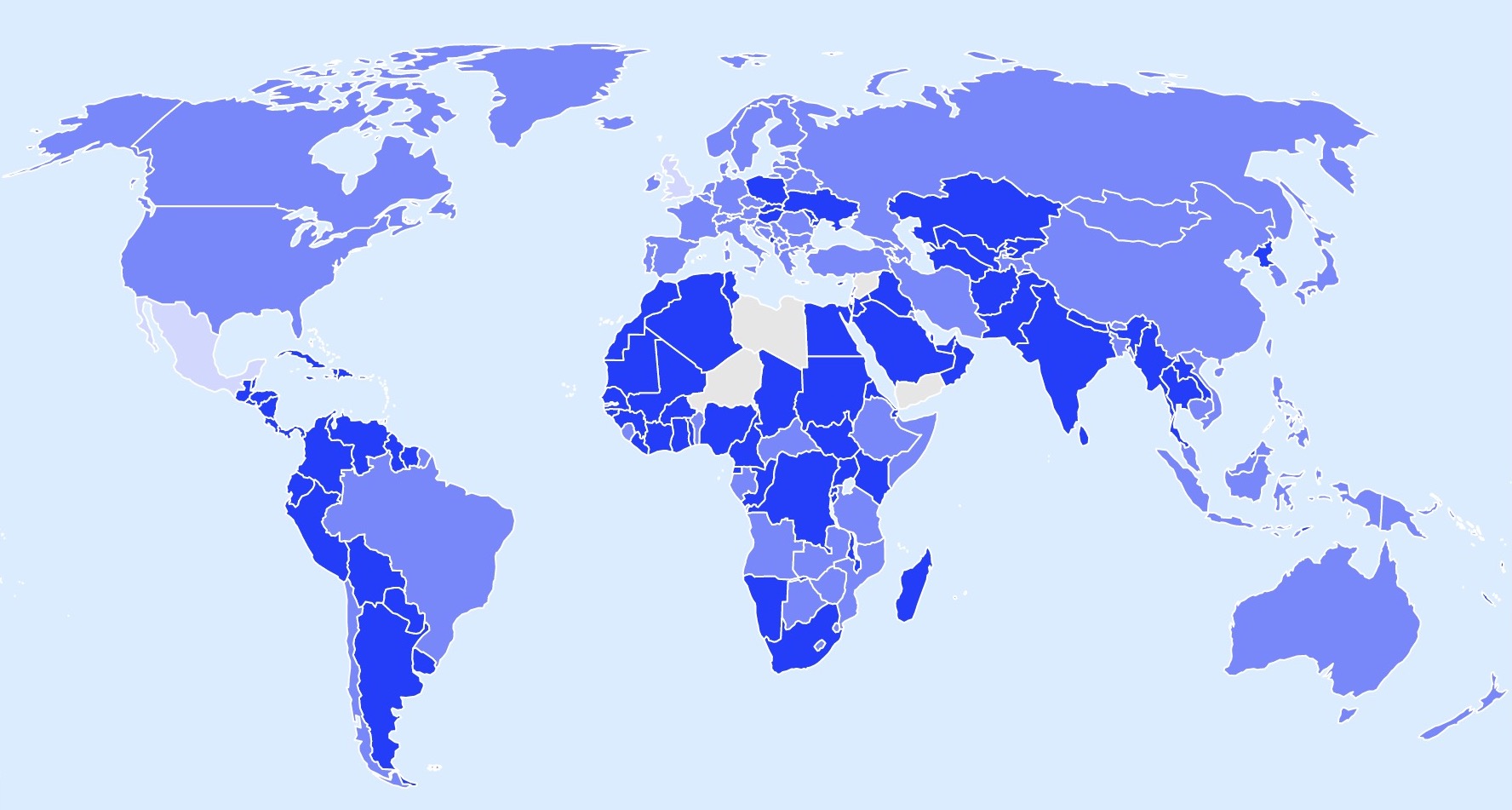 Much as we might prefer otherwise, we may be in this air travel limbo for a while.

My bet, that’s too grim, if only because airlines and governments alike are committed to maintaining viable airline businesses. Plus, airlines need you way more than you need them for a change. How about that.